Aeneas Route International Association was established within the scope of the works carried out by Edremit Municipality for 3 years on the Aeneas Cultural Route. Edremit Municipality Human Resources and Education Directorate shaped Aeneas’s mythological story and legendary journey according to the principles and values ​​of the Council of Europe on peace, intercultural dialogue and international brotherhood. 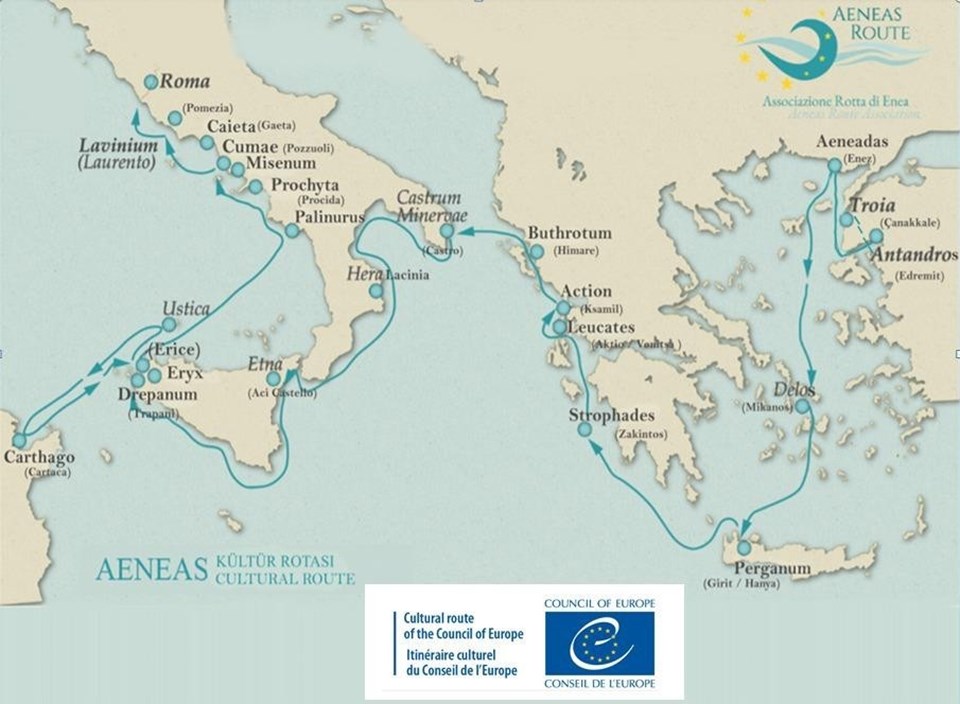 Among the 40 registered Cultural Routes of the Council of Europe, the first cultural route from Turkey was introduced by Edremit Municipality. Edremit Mayor Selman Hasan Arslan, in his statement on the subject; He said, “We would like to share with you, Edremit, the first registered Cultural Route of the Council of Europe, which started in Turkey, and what we have brought to our country.” 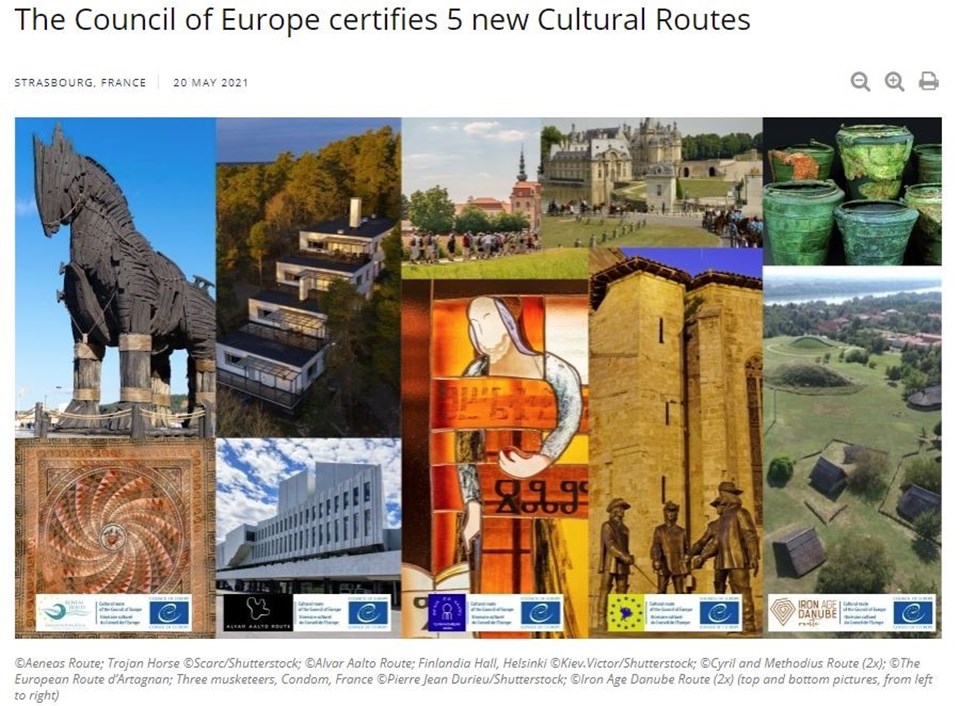 President Arslan said, “Aeneas Culture Route is awarded the title of European Council Culture Route, and Edremit and its other points on the route become one of the most preferred cultural and most prestigious touristic destinations by thousands of foreign tourists annually, the special funds and financing allocated to the European Union’s Cultural Routes program means to benefit from the possibilities from now on. The Aeneas Cultural Route is the registered cultural route of the Council of Europe, designing more rich and impressive activities within the scope of sustainable cultural, landscape / nature and archaeological tourism for our country and Edremit, and will provide the international visibility of our people and our region. In addition, Edremit and Çanakkale region will be considered as priority areas in the implementation of sustainable tourism, cultural heritage protection and value enhancement, new development and development policies related to economic strategies by the Ministry of Culture and the Council of Europe.

“The Turkish Minister of Culture, Mehmet Nuri Ersoy, who has joined us on this long road that we have always walked by using our will and believing in our own strengths and believes in our vision, Mr. Onur Gözet, General Manager of Promotion and Deputy Manager, and his colleagues, especially the Turkish Tourism and Promotion Agency Balıkesir Governorship, Balıkesir Provincial Directorate of Culture, Balıkesir Metropolitan Municipality, Çanakkale Municipality, South Marmara Development Agency, Troy Archaeological Museum, Balıkesir University, 18 March Çanakkale University, which are the official stakeholders of our project, and Çanakkale Regional Tourist Guides Chamber (ÇARO) and we would like to express our endless thanks to our citizens of Edremit, who are the only reason for our efforts ”.

President Arslan stated that the main journey on the cultural route will start from now on and said, “Our main journey starts now in Aeneas Culture Route; Like the hero of Aeneas, who founded the European civilization by escaping from Troy and carrying his young son and his old father on his back, we will walk together towards the horizons of peace, brotherhood and new development, holding our history on our back and our future ”.

Berit Mountain, ‘Siberia of the Mediterranean’, fascinates those who see it

Belha Monastery in Cappadocia awaits to be brought into tourism

Demand for nature and cultural tours increased after full closure

The first ‘nature passport’ application in Turkey was launched in Hersek Lagoon, which hosts 235 bird species.

Samsun, the most ‘blue flagged’ city of the Black Sea

They introduced Istanbul to the world with these photos

Train travel in China due to the New Year holiday decreased by 68.8 percent