The corona virus epidemic, which started all over the world and in Turkey, brought about changes in the daily lives of citizens.

Citizens who do not want to use public transportation vehicles, especially where the density is experienced and the risk of transmission is high, turned to bicycles. Citizens of Iğdır who want to be protected from the virus also prefer to use bicycles when going to their homes and workplaces, even coming from the village to the city center.

Business owners selling bicycles in the city center said that there was an explosion in bicycle sales, especially during the corona virus period. Business owners attributed this to the fact that bicycles are inexpensive and citizens do not want to use public transport. 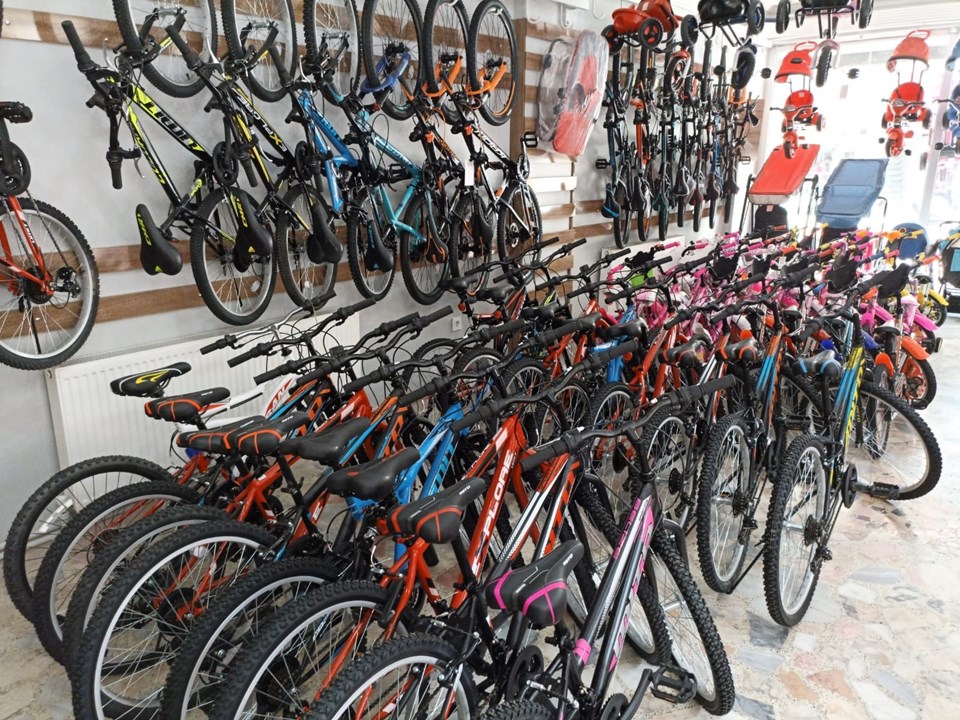 “A 50 PERCENT INCREASE IN OUR SALES DURING THE PANDEMIC PERIOD”

Stating that citizens who do not want to ride on public transportation vehicles, where the risk of transmission is high during the epidemic, turn to bicycles, bicycle seller Murat Ünver said, “Compared to previous years, there was a 50 percent increase in our sales during the pandemic period in 2020. This year, the use of bicycles has increased even more in Iğdır. The reason is that public transportation vehicles are not preferred and that the use of bicycles in our farmers’ journey from the city to the villages has brought an increase in bicycle sales.

Saying that bicycle use is more common in Iğdır because it is an inexpensive vehicle, Ünver continued his words as follows:

“We have many friends in Iğdır who want to use bicycles for sports, sightseeing and tour purposes. We have friends who participate in tours by bicycle. We do not have any bicycle paths in Iğdır at the moment. But we know that our Governorship and municipality are working hard on this issue. I hope the most With the construction of bicycle paths in Iğdır in a short time, the demand for bicycle use will increase even more.

The rate of bicycle use in Turkey is higher in Iğdır even when compared to big cities. There are 5-6 bicycles in each house. This shows that there is a lot of interest in cycling. We appeal to everyone with the bicycle products we have. We do business with important corporate companies in Turkey. Almost all of these bikes appeal to people from all groups.”

Feruzan Turan, one of the citizens who stated that he has been riding a bicycle for about 40 years, prefers to use bicycles instead of public transportation vehicles, even coming from the village to the city center. Turan, who suggested using a bicycle for both sports and health, used the following words in the continuation of his speech:

“I have been cycling for 30-40 years. I come and go by bicycle from the village to the city center to meet my needs. I do not prefer public transport, especially due to the pandemic. I find it more convenient to use a bicycle. Bicycle is a preferred vehicle in Iğdır. My bike is a 30 year old bike. I meet all my needs by bike.

Public transport is boring to me. I advise citizens to use bicycles, not public transport. I think it is more appropriate to travel by bicycle, both in terms of sports and health, as well as in public transport, since the virus is likely to be transmitted.”

Domestic tours, the price of which increased the most in June, the most falling garlic

Skiing continues in the east in the spring

Balloon flights started in Göbeklitepe, the ‘zero point of history’

Borcka Karagöl, a natural wonder covered with ice in Artvin, fascinates those who see it

The temperature in Antalya is 29 degrees! People flocked to the beaches

The 2,700-year-old ‘Keşiş Lake’, the engineering wonder of the Urartians, opened to ecotourism

How many lira will the holiday prices be this summer?

Intense interest in the 2,500-year-old ancient pool, where it is believed that Cleopatra also swam.

It started with a sapling, it became a forest

Which EU countries can those who have been vaccinated with Corona virus travel to?

It has been named one of the 30 most beautiful towns in Europe! Venice in Turkey: Gölyazı